Senior Fitness: A Fountain Of Youth? 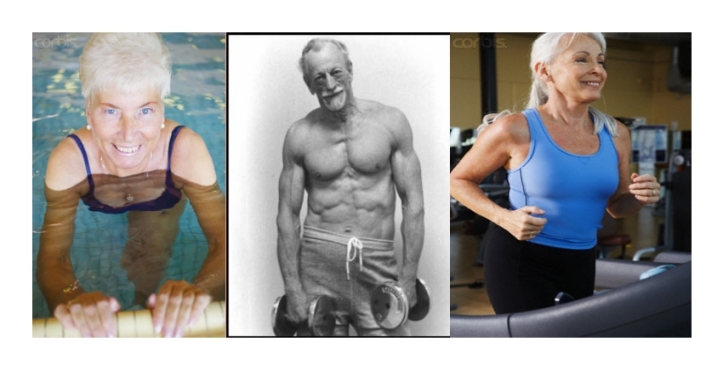 “As we age, our bodies lose muscle and gain fat”.

“We get weaker and fatter”.

This is the diagnosis a “senior” friend of mine received from her doctor.

It’s natural, learn to accept it.

Accept that wheelchairs, electric scooters and assisted living are the natural consequences of aging?

Accept that it is impossible to remain fit and healthy well into our “golden years”.

Not according to the research coming out of the University of Pittsburgh.

“In this study, a group of sedentary and overweight older people placed on a four-month exercise program not only became more fit, but melted off body-fat”

“When they combined weight loss with exercise, it nearly completely prevented the loss of lean muscle mass”.

“The results are important because <sedentary> older people tend to lose muscle mass as they age and too much muscle loss may interfere with activities of daily living”.

The 64 participants were 60-75 years of age and were either overweight or obese.

All of the participants were sedentary at the outset of the study.

The researchers divided the participants into three groups:

At the end of the four month experiment, the researchers found that:

And the winner is….

The Exercise and Diet Group

By the way, my “senior” friend has another doctor’s appointment scheduled for December.

Based upon the changes she has already seen in the past 2 months, she is looking forward to seeing her doctor eat his words.