Is Oprah a Big Fat Hypocrite? 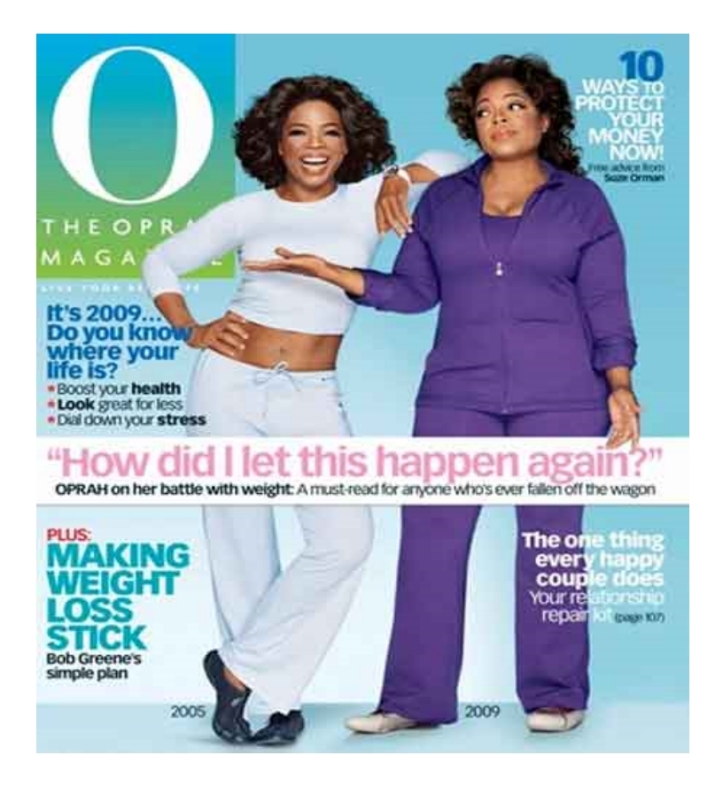 Forget about the war in Iraq, or that the world’s economy is imploding, or the fact that Heroes has totally sucked this year, the big news the last couple of days is:

Oprah went and got fat again.

This is a big deal.

If Oprah can’t keep the weight off, who can.

With all of this equipment and money and advice and healthy eatin’ and healthy livin’, how could she gain 40 lbs. in one year?

Well, according to Ms. Winfrey herself: 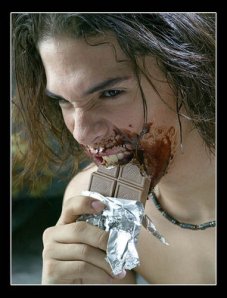 What I’ve learned this year is that my weight issue isn’t about eating less or working out harder, or even about a malfunctioning thyroid. It’s about my life being out of balance, with too much work and not enough play, not enough time to calm down. I let the well run dry.

Here’s another thing this past year has been trying to teach me: I don’t have a weight problem—I have a self-care problem that manifests through weight.

As my friend Marianne Williamson shared with me, “Your overweight self doesn’t stand before you craving food. She’s craving love.”

Falling off the wagon isn’t a weight issue; it’s a love issue.

Have you ever seen those women in her audience?

And what about Stedman?

When I stop and ask myself, “What am I really hungry for?” the answer is always “I’m hungry for balance, I’m hungry to do something other than work.” If you look at your overscheduled routine and realize, like I did, that you’re just going and going and that your work and obligations have become a substitute for life, then you have no one else to blame.

Only you can take the reins back.

That’s what I’m doing. These days I’ve put myself back on my own priority list; I try to do at least one hour of exercise five or six days a week.

As I work out, eat healthfully, and reorder my life so there’s time to replenish my energy, I continue to do the spiritual and emotional work to conquer this battle once and for all.

My goal isn’t to be thin. My goal is for my body to be the weight it can hold—to be strong and healthy and fit, to be itself. My goal is to learn to embrace this body and to be grateful every day for what it has given me.

To be strong and healthy and fit.

Sounds good to me.

But how is she going to do it?

In July I was able to take a break. I went to sleep and woke up whenever I pleased. I sipped soy milk, downed vitamins, snacked on flaxseed, and allowed my body to restore itself. Some days I exercised by walking with my dogs in the hills of Maui; gradually I started working out on the treadmill, at first with a heart monitor to make sure there were no palpitations (it was a black box smaller than a BlackBerry, which I wore on my belt). By the end of the summer, I felt I could do a full hour of cardio without dropping dead.

Next I tackled the food addiction, which is ongoing. As far as my daily food choices go, I’m not on any particular program. I’ve gone back to the commonsense basics we all know: eating less sugar and fewer refined carbs and more fresh, whole foods like fish, spinach, and fruit. But in order not to abuse food, I have to stay fully conscious and aware, of every bite, of taking time and chewing slowly. I have to focus on being fully alive, awake, present, and engaged, connected in every area of my life. Right now.

So What Do You Think?

What Do I Think?

I think that we are at a very unique period in history.

However, because of all of these things, we have the opportunity to make massive changes.

And while Oprah (and me) probably won’t have a huge impact on turning around the economy or world peace or global warming, we can have an effect on people’s health.