The 25 Fittest Men in the World

For almost 10 years, Mens Fitness has been compiling a list of the fittest men in the world. I have no idea what their criteria is (other than being a celebrity), but they must be doing something right because it is one of their most popular issues year after year after year. 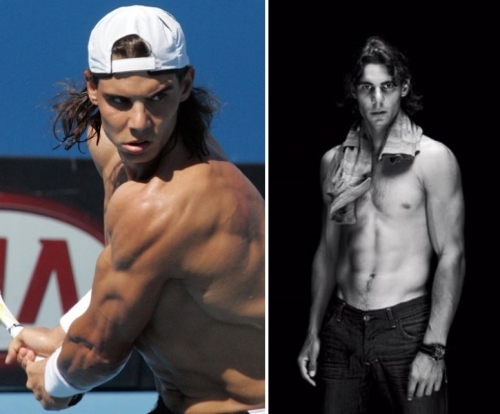 Someone at Mens Fitness is seriously in love with Nadal. Seriously.

I was going to print out their reasons behind choosing Nadal as the world’s fittest guy, but the author kept going on and on and on and on….it was a freaking love letter. Check it out here if you want.