The 25 Fittest Men in the World 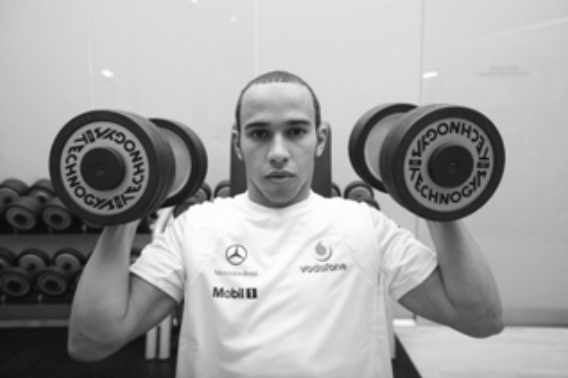 The youngest Formula One World Champion ever, Hamilton is also one of its fittest. F1 cars can reach speeds of up to 250 mph, putting the British driver under 3.5 G’s of stress (which is the equivalent of three and a half times his own body weight). “It can feel a bit like someone is trying to rip your head off,” he says.

To stay fit, Hamilton trains for nearly four hours at least six days a week during his off- season. “Leg strength is essential to be able to brake late into a corner,” he says, “and core stability is key.” Hamilton’s trainer, Adam Costanzo, travels with him all over the world. “It isn’t just in the gym the whole time,” Hamilton says. “We get outside, climb mountains, run cross-country, or go snowshoeing. We train anywhere.”