Lead author Diana Fernandez, M.D., M.P.H., Ph.D., an epidemiologist at the URMC Department of Community and Preventive Medicine, said her study is among many that associate high job pressure with cardiovascular disease, metabolic syndrome, depression, exhaustion, anxiety and weight gain. 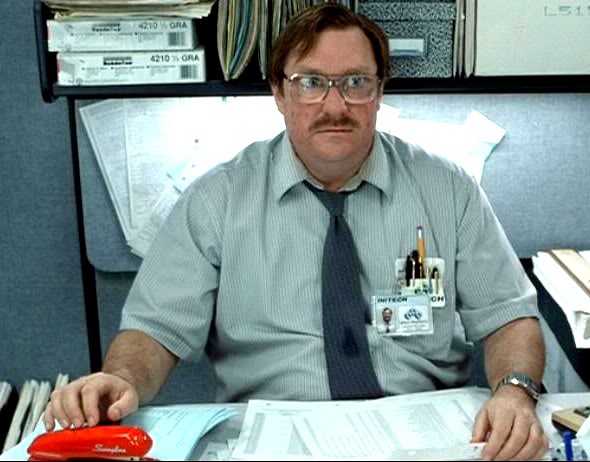 “We are not sure why TV is so closely associated with being overweight in our sample group of people,” Fernandez said. “Other studies have shown that adults tend to eat more fatty foods while watching TV. But this requires more investigation.”

During intake interviews, numerous test subjects confided to researchers that they were “stress eating” and burned out from “doing the work of five people.”

Directly, stress can affect the neuroendocrine system, resulting in abdominal fat, for example, or it may cause a decrease in sex hormones, which often leads to weight gain. Indirectly, stress is linked to the consumptions of too many fatty or sugary foods and inactivity….often while watching 4 straight hours of must-see tv.

And it’s not good for the company either…

The reserchers found that:

Taken together, compared to normal weight employees, obese and overweight workers were estimated to cost employers $644 and $201 more per employee per year, respectively.

Even if companies don’t give a damn about the health & happiness of their workers, they should care about their bottom line.

To that end, not only should employers educate their employees about making healthier lifestyle options, they should take steps to ensure that talking becomes doing.