Back in the olden days of my youth, the kids on my block used to race home from school, throw their schoolbooks onto the floor , run back outside and play sports until it was too dark to see and/or someone’s Mom started yelling at everyone to go home for dinner.

So why is it that I never see any kids playing outside anymore? 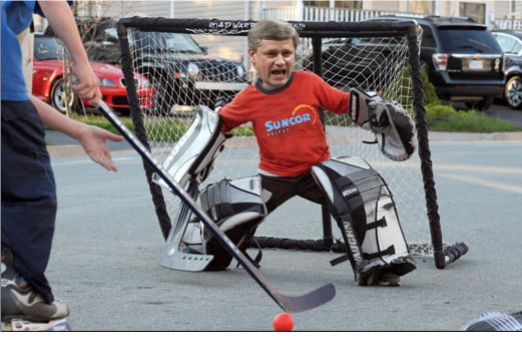 It’s not as if we have a childhood obesity problem….

It’s not as if rates of childhood type-2 diabetes have skyrocketed…. 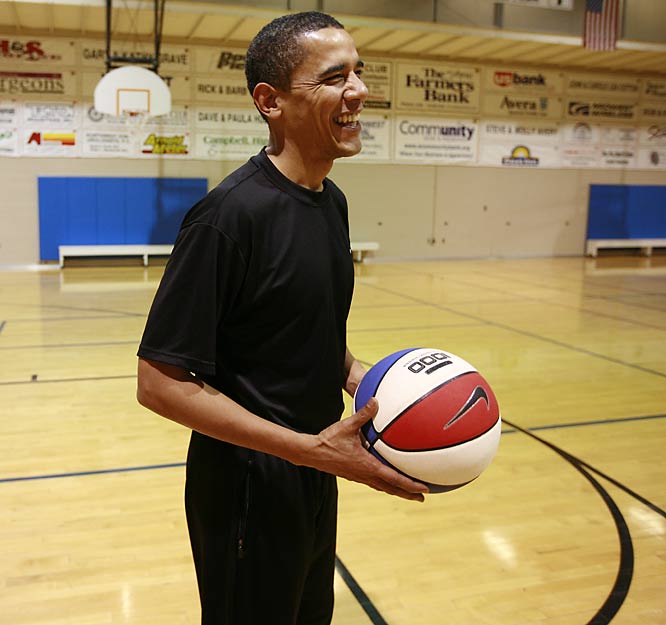 It’s not as if exercise helps our kids score better grades at school….

It’s not as if exercise helps our kids develop emotional & social skills while reducing symptoms of ADHD…. 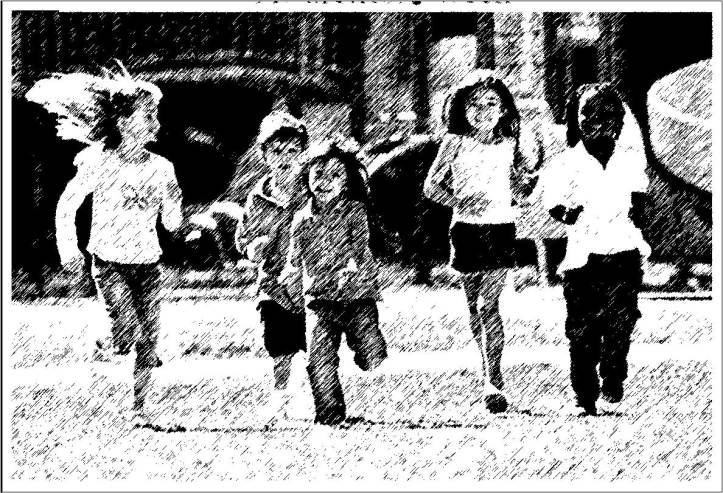 It’s not as if the value of unstructured play amongst their peers has been scientifically proven to be superior to organized sports in terms of physical, emotional & mental health….

It’s not as if the cost of organized sports is becoming too expensive for more & more families….

It’s not as neighbourhoods in which adults & children create social ties (via pick-up sports or other activities) are perceived as better & safer…potentially increasing real estate values. 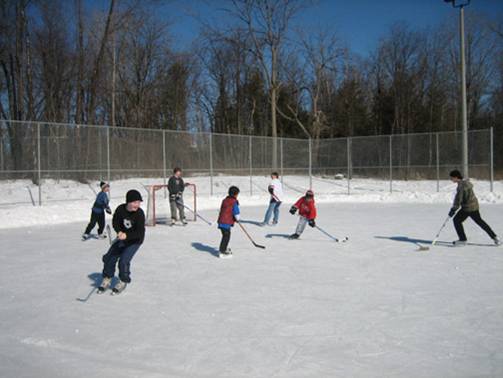 So why is it that instead of encouraging our kids to be physically active in their neighbourhood, city bureaucrats elect to play Grinch and confiscate their portable basketball net?

Seriously…this is no joke. Police in Ohio literally stopped a bunch of kids from playing hoops in front of their house, dragged away their portable basketball net and fined the adult owner…even after the owner offered to move the net.

How’s that for Serve & Protect?

But that’s not the end of this sad story.

As videos of this type are wont to do…it went viral…with the local news media running it over and over and over, making the police and lawmakers look like total jackasses.

And because no one likes to look like a jackass….when it came time for the net owner to have her day in court, the prosecutor dismissed the case….hoping that the problem will go away and that the tv people will move on to another story. Which it did 😦

And it’s not just in Ohio. Earlier today, I was talking to a Mom in my hometown of Toronto who had a similar story.

She was recently told by the city that she had to remove the portable basketball net that she put up for her kids and their neighbourhood friends….or the city would fine her and remove the net.

And what reason did the city use to demand the removal of the basketball net from the edge of her residential cul-de-sac?

Because it was a danger to garbage collectors.

Sure, they can navigate around parked cars and avoid piles of snow in the winter, but a portable basketball net…that’s a whole different story.

Obviously this is total BS.

And according to my Twitter pal, the real story is that an alleged neighbour, who allegedly works for the city, allegedly complained that the kids were allegedly making too much noise.And because all bureaucracies favor nepotism over common sense, the basketball net had to go.

(see how I avoided a lawsuit by using the word allegedly…smart huh?)

But wait, let’s forget about the BS story about the garbage collectors…what about the children? We all “know” that city streets can be dangerous. And a lot of us believe that city roads were built for automobiles and that kids (or adults) have no business being on the road in front of their house?

IMHO, that is another pile of BS.

One of the fastest growing concepts being used by city planners all around the world, known as the living street or woonerf, is based on the idea that city streets aren’t the exclusive domain of the automobile and that by using a variety of methods…

And while there are still a bunch of city bureaucrats in Ohio & Toronto who have declared war on kids playing hoops or road hockey in front of their homes, there are some brave souls in city government who see the concept of living streets as one to investigate.

While Holland has thousands of woonerfs, Toronto is about to get our first.

Then again…maybe it’s better that our residential streets are turning into racetracks and that our kids are growing up fat and unhealthy.

What would my inner Norma Rae do next?

Toronto is in the midst of an election campaign. On October 27, we go to the polls to elect a new Mayor and a gaggle of councillors, As such, now is the perfect time to give the candidates an opportunity to look like a defender of children and a slayer of stupid bureaucracy.

Here’s what I propose.

Subscribe to @healthhabits and my friends at Mail Chimp will make sure that every time I scribble an article for @healthhabits, it will end up in your email inbox.

In addition to the articles, I will be writing a series of Special Reports this year exclusively for @healthhabits subscribers.

Subscribe now and make sure you don’t miss out.